This morning we went to church with Bjarne and Rosalba.  They attend a Plymouth Brethern church here in Asuncion when they are in town.  (They live 5 hours away in a town near the Ache village of Puerto Barra).  The people there were very welcoming, and asked us to share about our ministry and about the upcoming conference with the Ache teachers.  There was also a presentation by a elderly man who only had a third grade education.  We were amazed at his story of how he was trained to be a tailor, but when he became a Christian he became convicted that he wanted to go into the remote areas and present the Gospel to those people who had never heard it.  He took his family of nine children and moved to a remote area of Paraguay and used his craft to reach the people.  He started a church which grew and that church started another church in another community.

After a lunch of Chinese food, we have been back at the mission house resting and getting ready for our week ahead.

The temperature here is in the 90’s, so we are keeping warm!  Very warm. 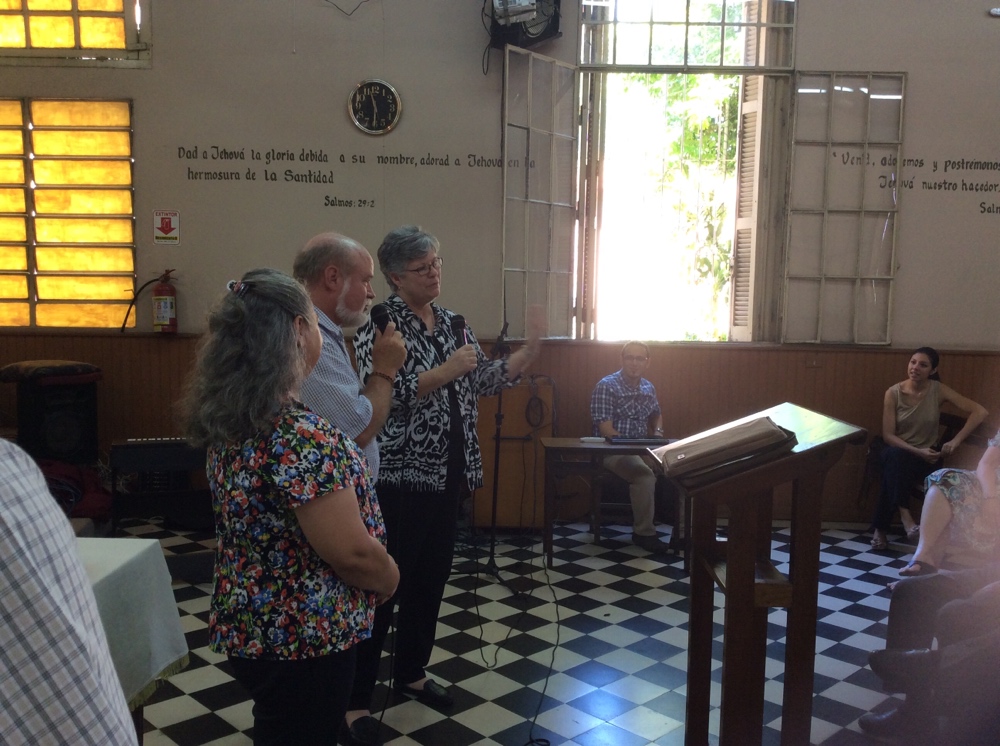 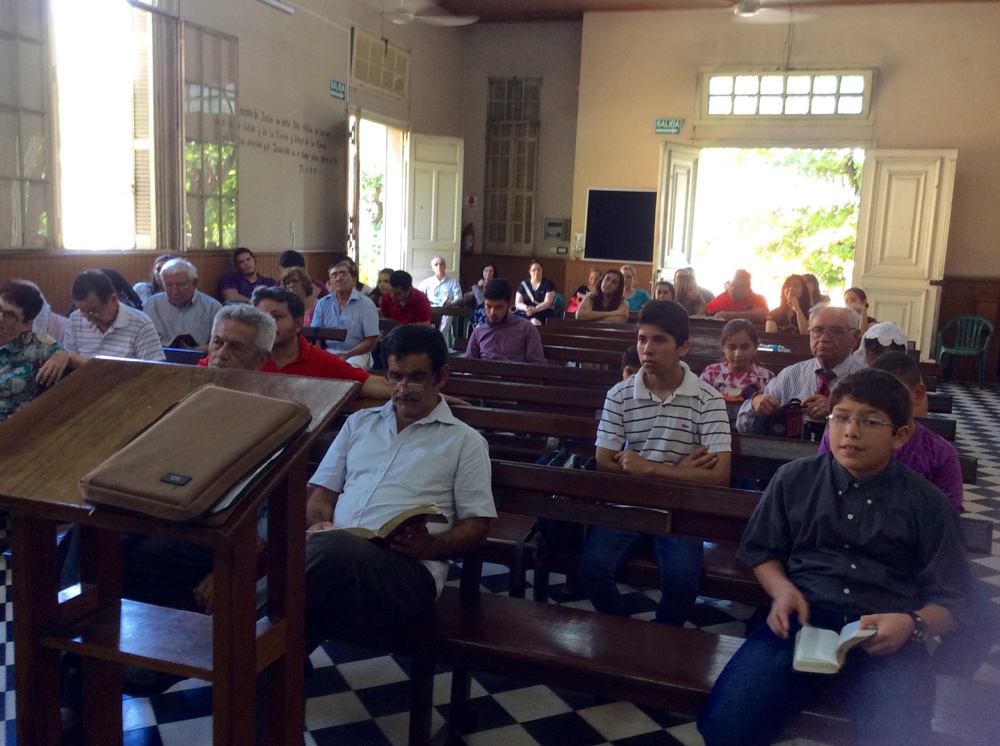 The congregation, these pews were built by the man who started this church in the 1930’s.