Last night’s Valentine dinner was quite a production.  We had to line up outside the dining hall as couples to promenade into the building.   As we entered the men were given some chocolate candies ( that we had brought with us and the were put to good use).  We were seated at a long table set especially for us couples with candle light, vases of flowers, and plates full of food – chicken fried steak, rice & coleslaw.  After we ate we had to, each couple one by one, have our spouses escort us around the table, then have the man present the candy to his wife, and give her a kiss.  This was all to demonstrate to the children and the others healthy marriage relationships.  It was quite fun!
The evening session ended up not happening because the children, by age groups of which there were three, presented the verse they had learned and sang a song.  Also they had a missionary speaker, raised by missionary parents in an Ache village, who shared with the Ache the missionary side of the story about the years when the Ache were put in reservations and the government tried to eliminate them by genoside.  This Ache generation does not know their history and have always been told it was the missionaries who tried to destroy their lives.  There were tears and expressions of forgiveness.
By the time that was over, it was past 10 pm and we decided to forgo the evening Shepherdng session.
So, this morning, before we pack up to go, Dale and Carla have about 3 hours to present the materials that would usually take about 8 hours.  They are condensing, stressing the important points. 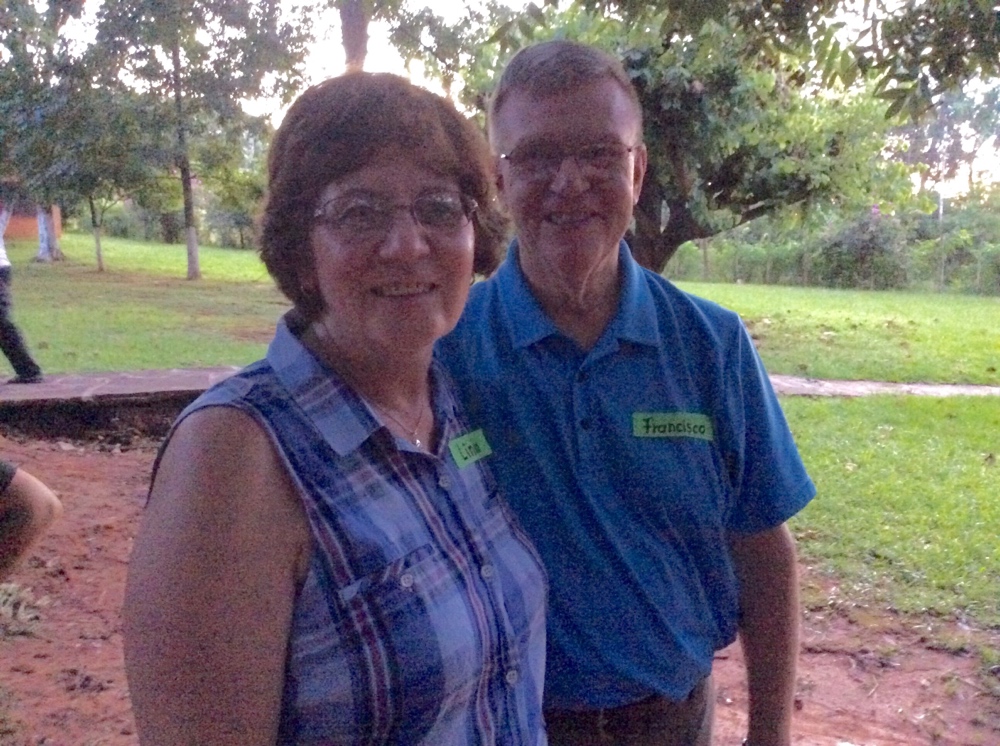 Ready for our Valentine dinner, Francisco & I. 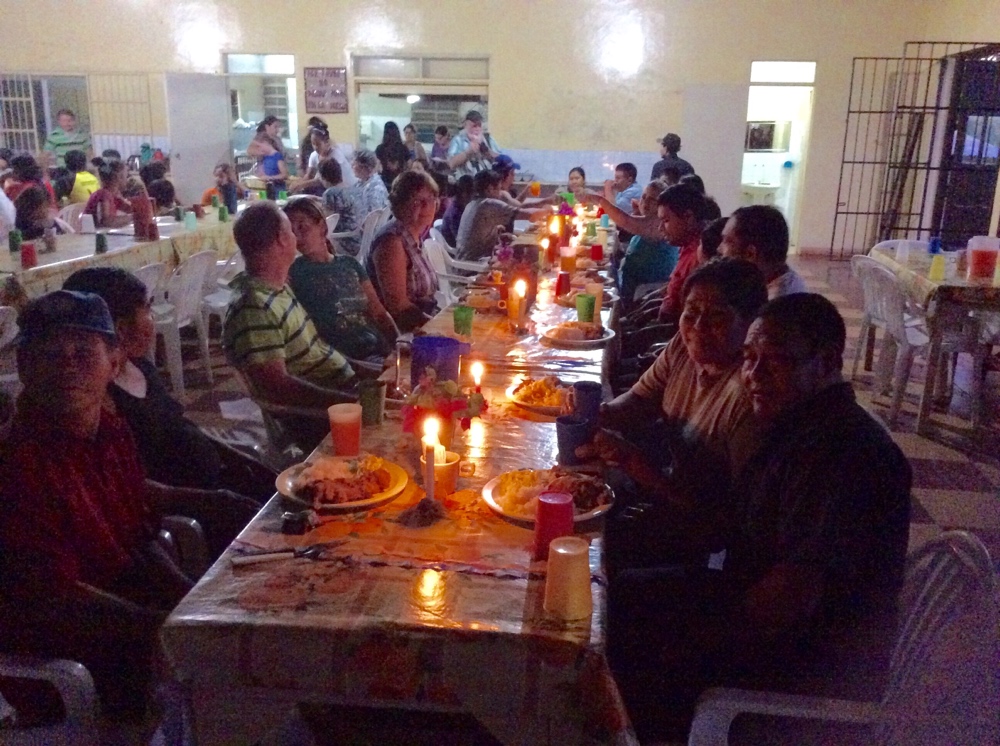 The morning went very well!  We were finished by 11 ish, took a group picture and ate some lunch (same fare as we had last night at the Valentine dinner) and packed up to leave.

It has been a long trip from the camp to the Ache village.  We stopped several times – at a Burger King, at a Mennonite dairy store for ice cream, at a dairy farm that was way too muddy to walk out to the barn), for a georgeous sunset, and at a store to get food to eat while we are in the village.  Bjarne also pulled off the road several times to answer his phone or make calls.  Needless to say the 4 hour trip took us 7 hours.  The mission house in the village is more rustic than the camp.

This was the beginning of a group picture. It doesn’t begin to include the whole group. 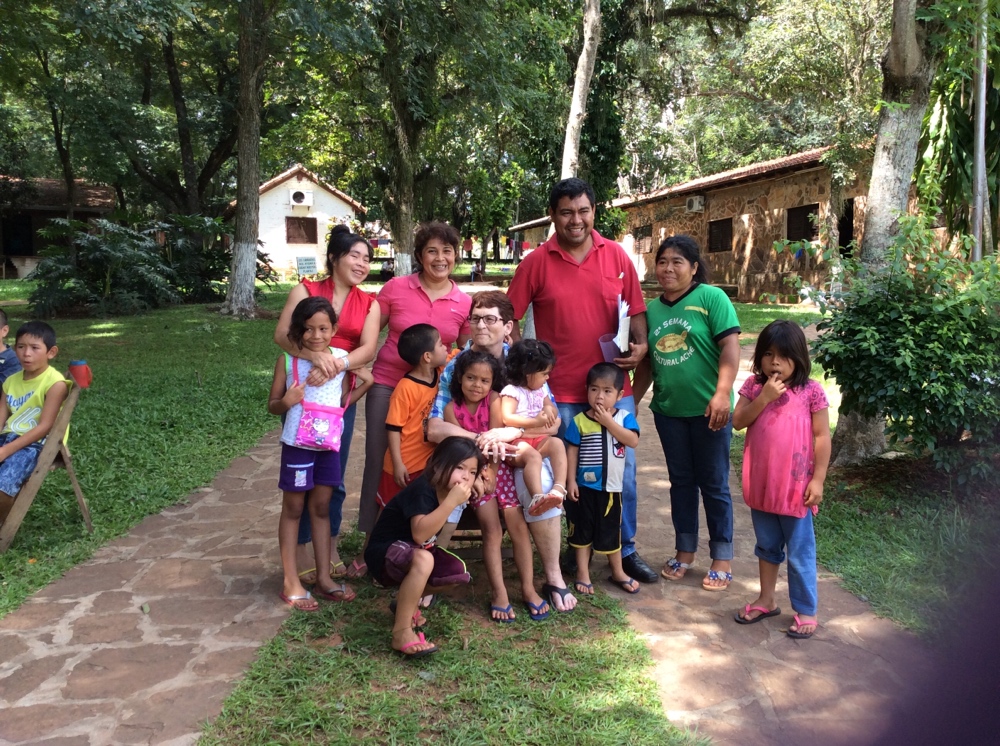 Fay left us today, headed home. We miss her and her witty remarks.  She has been an incredible asset to our team. 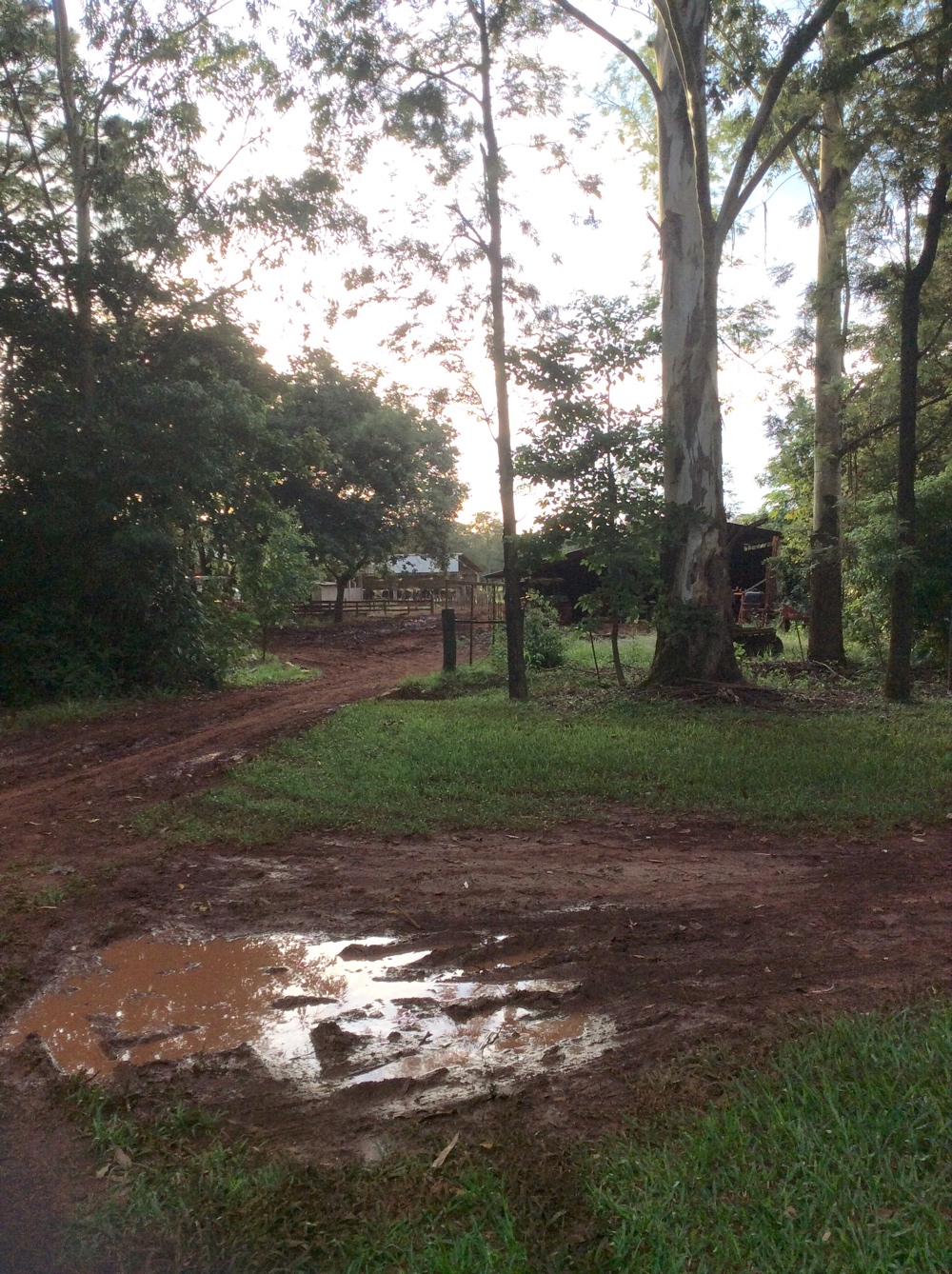 Towards the barn at the dairy farm we stopped at.

The dairy farmer and his wife. Came from Uraguay 29 years ago to start this farm. They live in a beautiful hacienda surrounded by georgeous landscaping. He has a crew of 12 who take care of the cows. 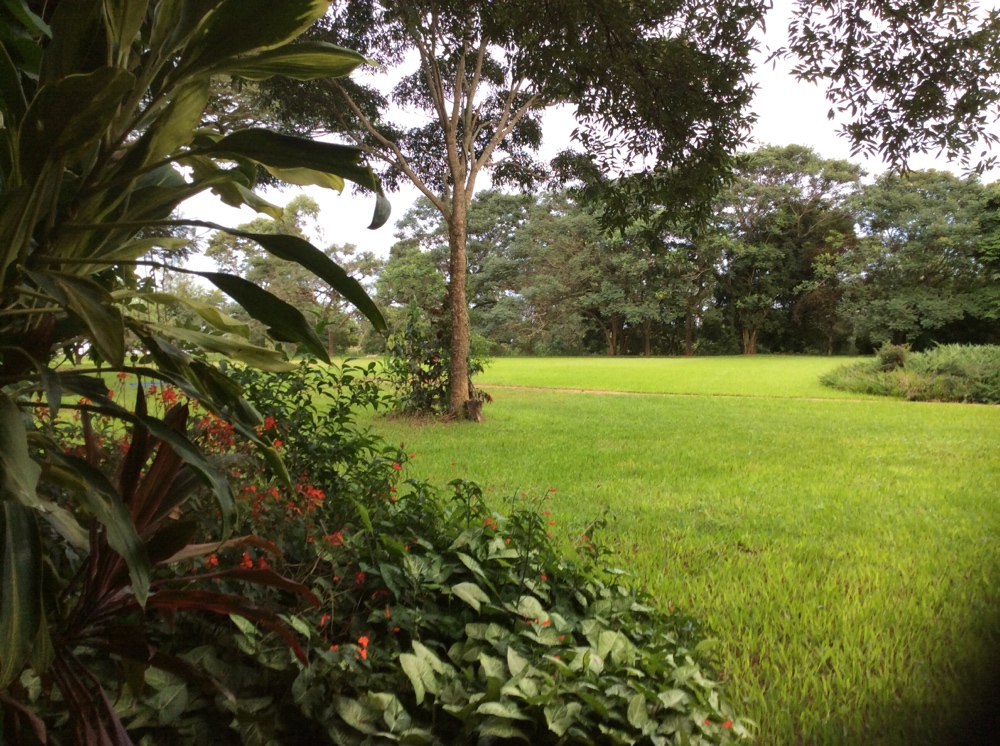 Our ‘home’ in the Ache village.