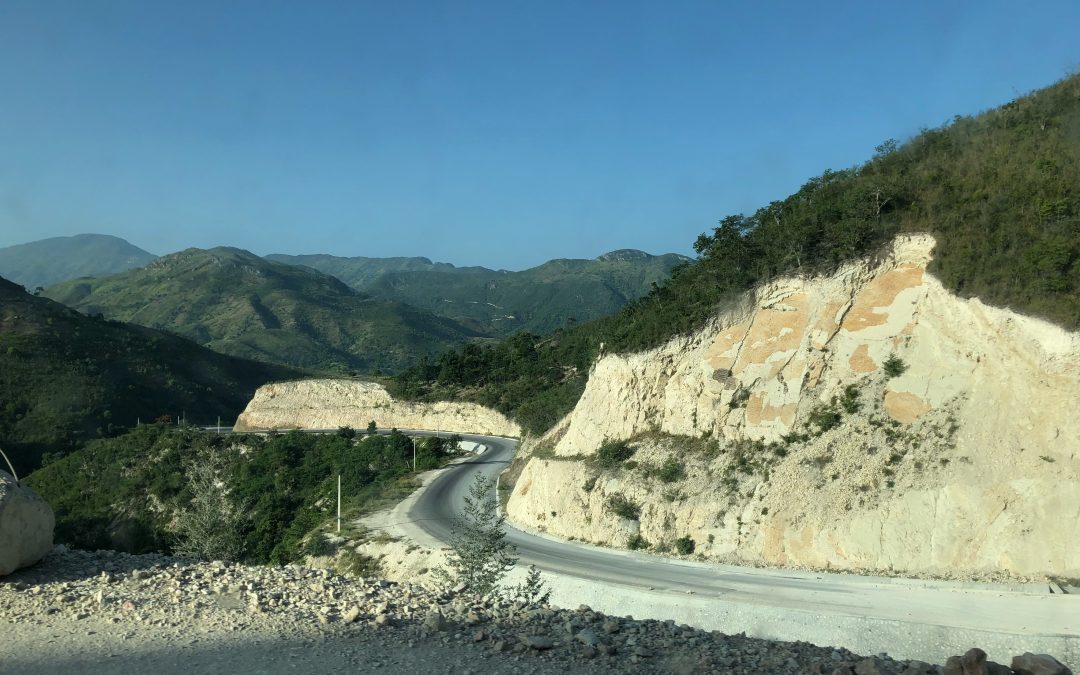 Well, we thought we were headed home today, but it is not going to happen. We woke up this morning, knowing there was some unrest in Haiti and not realizing the extent until we got notified one-by-one that our flights have been cancelled. 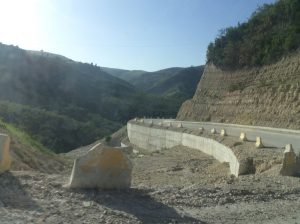 The major road blocks were in Port-au-Prince, so we were happy that we were able to quickly book flights for today out of Cape-Haitian, which is a three and a half hour drive north east over the mountains. So we left the ministry compound at 7 am and started up the steep mountain roads. We got about 5 miles up the winding roads and Esaie’s truck was overheating. He popped up the hood and found a leak in the radiator, so we turned around and drove down to a gas station at the bottom of the pass where there was a mechanic able to fix the leak with epoxy. We started back up over the mountains and it started overheating again. About that time a motorcyclist, a preacher who was supposed to be at a conference but had to turn around, was coming from the way we were headed and told us we could not get through. Protestors had the road blocked in the town up ahead. 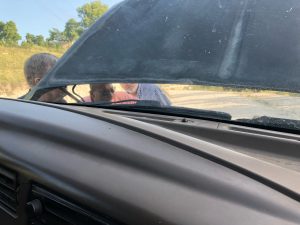 Back down the mountains and a bit past the service station, the road was now blocked to get back to the ministry house. We were stuck, and also receiving notice that our Cape-Haitian flight was cancelled. God was very good to us because there was a nice hotel right next to the gas station that we were able to get rooms for the night. After we checked in, Esaie hired a motorcycle ride back to Gonaives,and he was able to make it back. 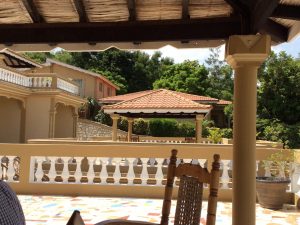 So, God has given us some extra time to relax in a very comfortable mountain hotel while we await news on how we are going to get home.

Please pray that we will soon be able to be back home.