We are at the camp, after a 2 1/2 hour drive East into the country.  The first half of the trip was just getting through traffic going through suburbs of Asuncion.  We stopped on the way for a snack of these heavy bagel like breads called Cheepas and some delicious soft serve ice cream (very rich – must have been 20% butter fat!)

The Baptiste camp is a beautiful place!   A mix of modern and rustic.  As the thermometer reads 38 degrees centigrade.  (Body temperature is 37 degrees centigrade.). So, you can imagine how thankful we are for air conditioning in our room!    Our room is in a bungalow that has four bedrooms, each with a bunk bed and a double bed, and sharing two bathrooms with Carla and Fay and a couple who are here to direct the program for the children.

The cafeteria is a large building with no air conditioning, and our meeting building has air & fans.  There is a beautiful pool, right now full of children – some totally naked and the rest just in their underwear.

After supper, which was at 7:30, we got ready for Dale’s first presentation on a father’s responsibility to educate their children.  That session did not get underway until a little after 9 pm.  It went very well!  We were very, very tired by the time we finally headed to bed.  Dale is used to going to bed at 9, not starting an hour long presentation at that time. 🙂 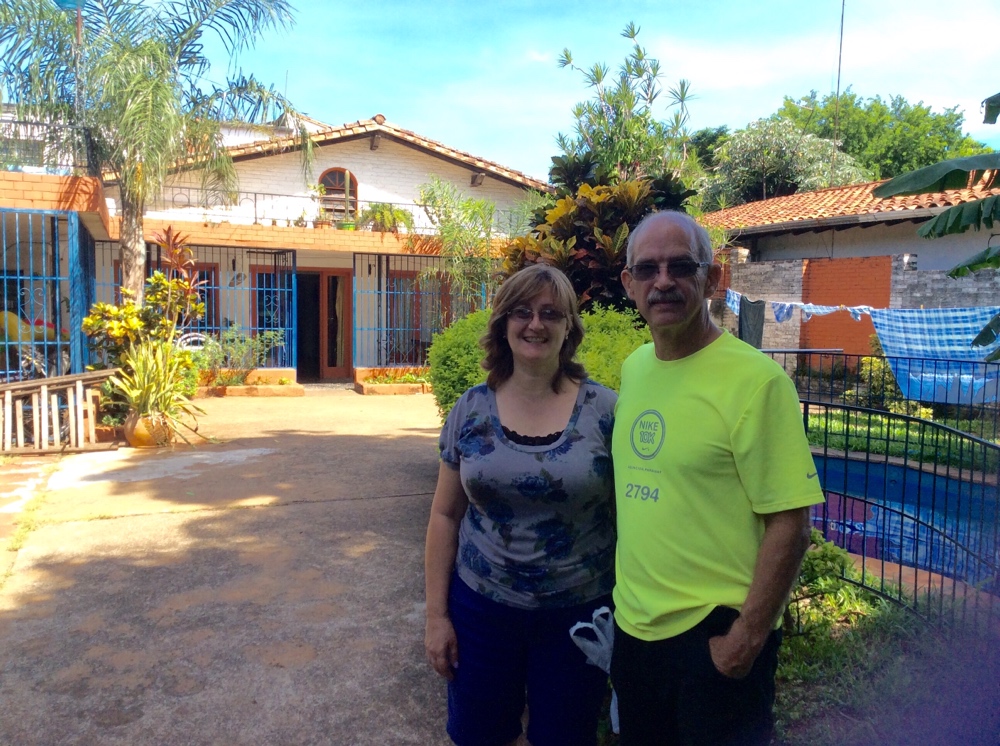 This is the guest house where we spent our first three nights and the couple who manage it, Tim and Robin Wagar. 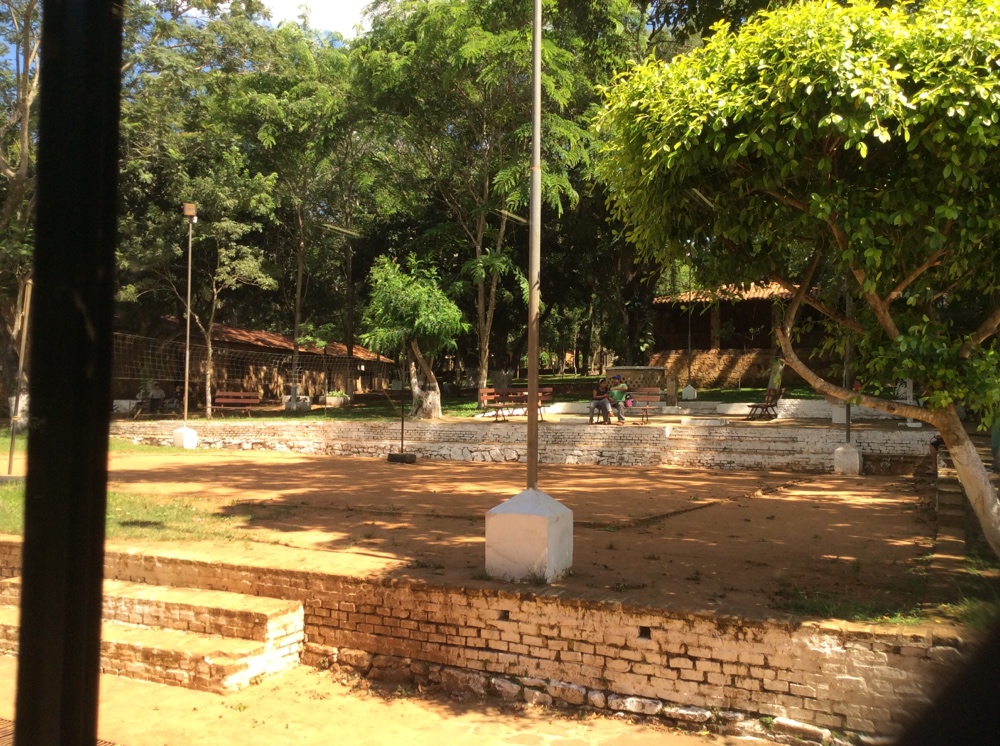 Arriving at the camp. 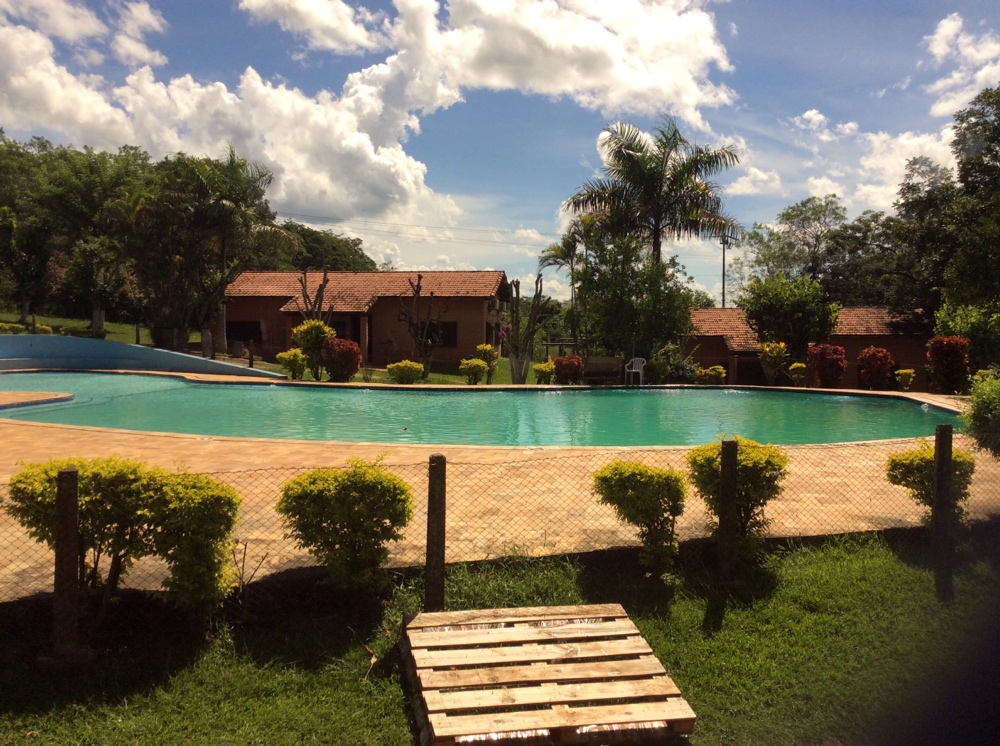 Our bungalow is on the right on the other side of the pool. 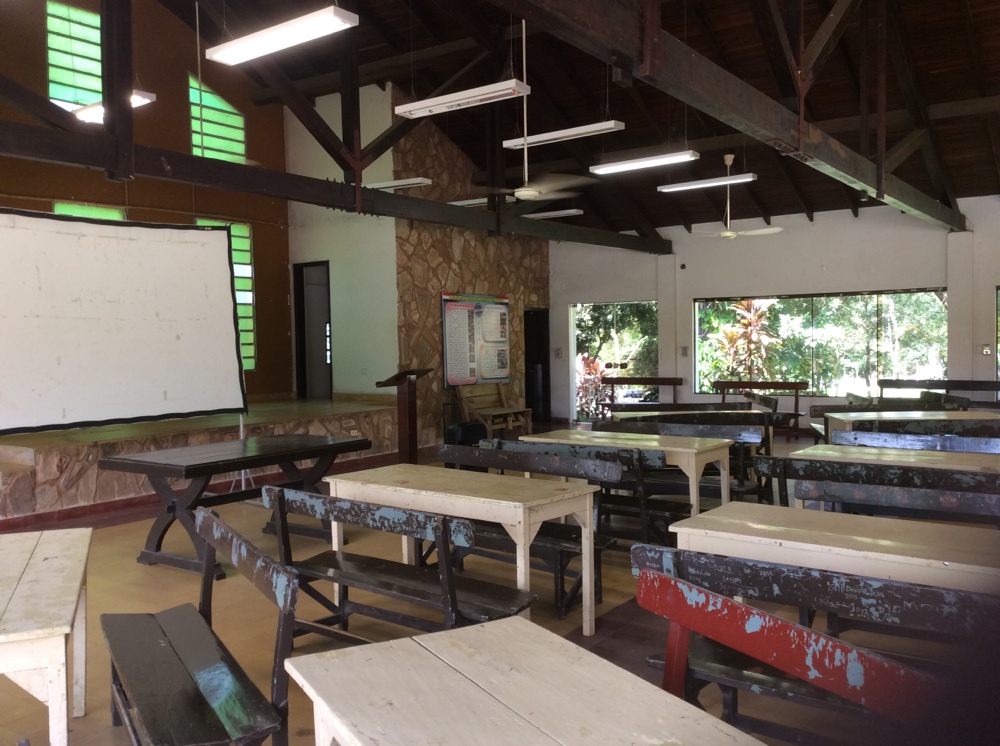 This is the meeting room.

The outside of the place we hold our sessions (right across the pool from our bungalow.) 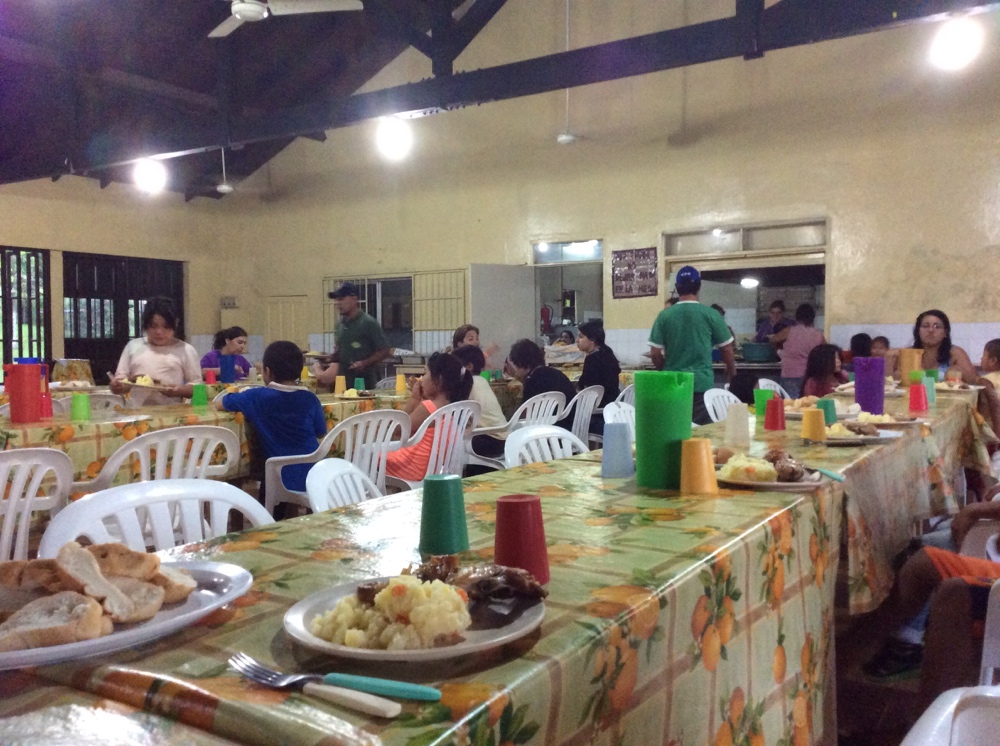 Inside the dining hall. 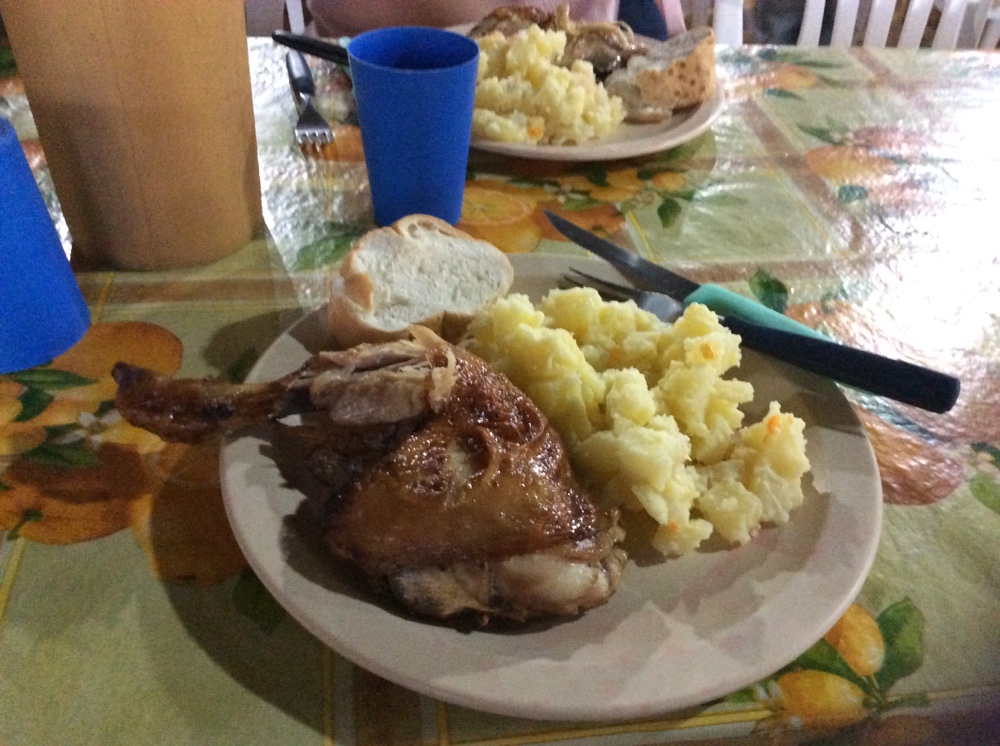 Our first meal at the camp was baked chicken and potato salad. 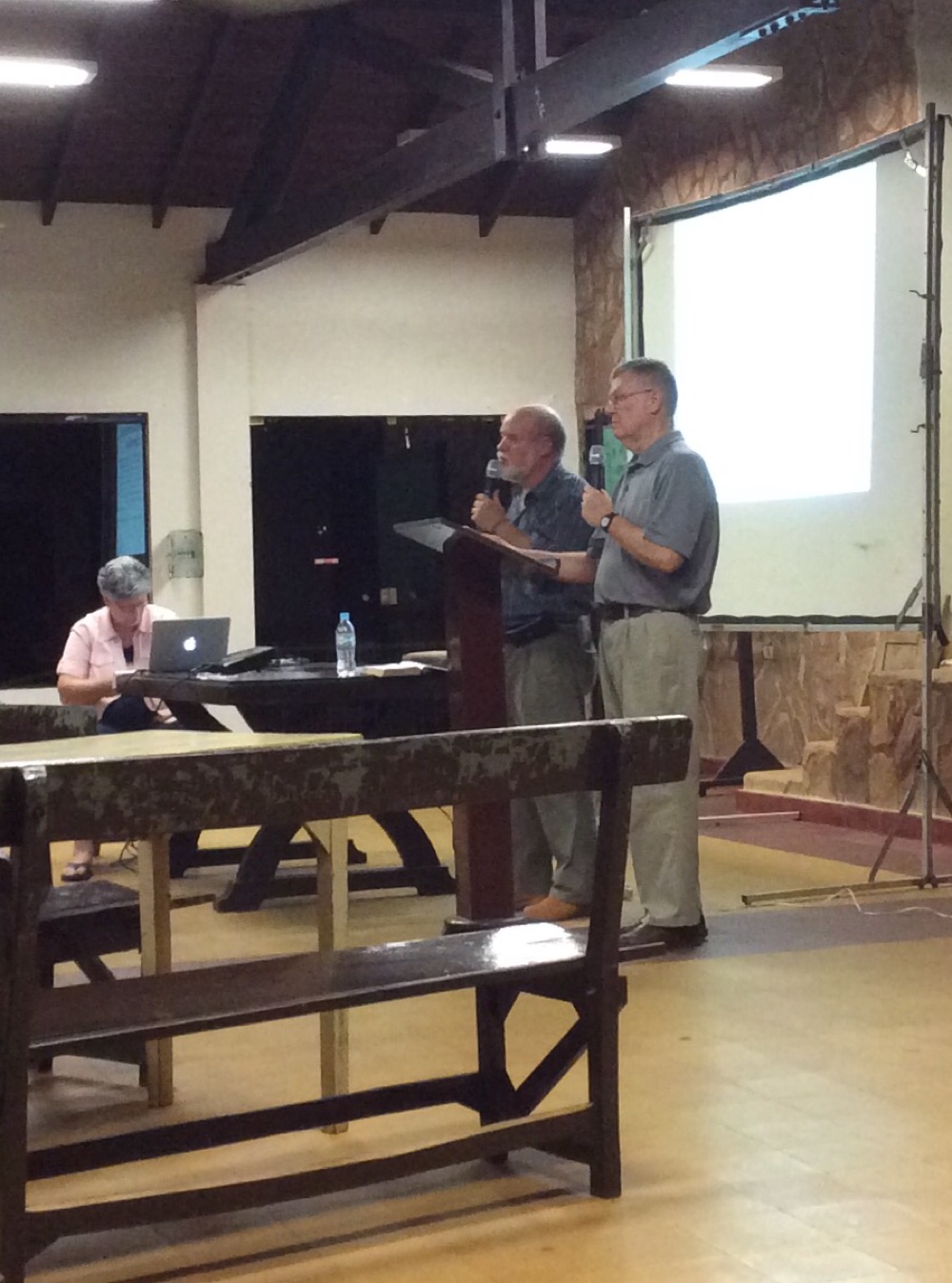 Dale speaking the first night, translated into BOTH Spanish and Ache by Bjarne. 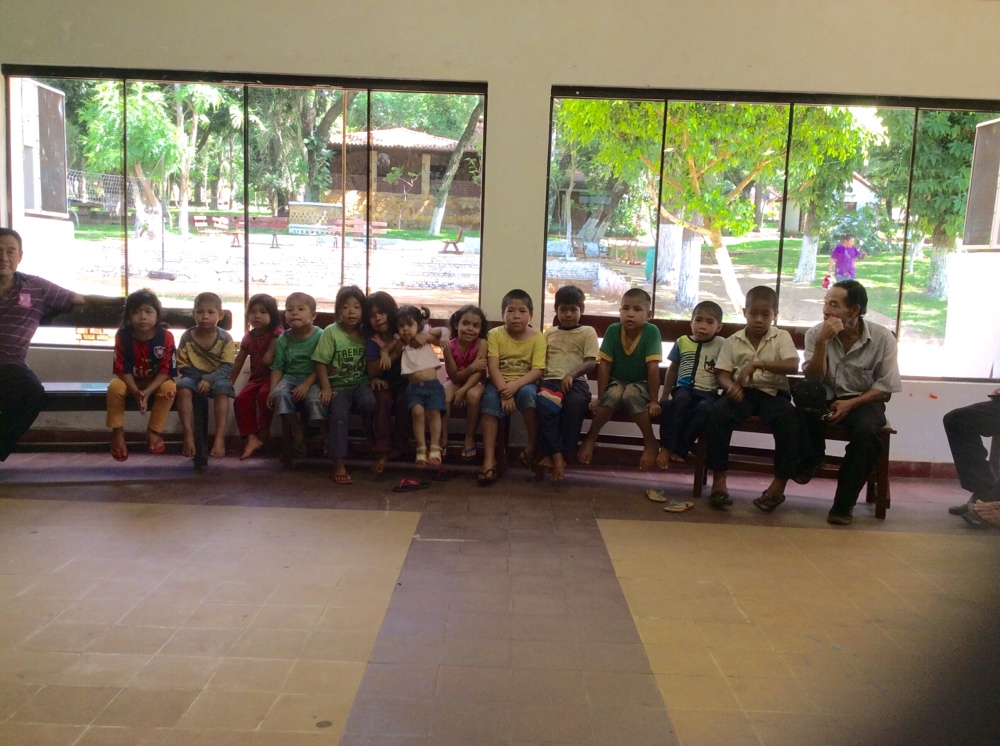 The children sitting quietly at our informative meeting upon arrival. They are behaving so well because the were promised that if they sit quietly for the meeting, they could go swimming.

The man on the right is the pastor of the Ache church in Puerto Barra. 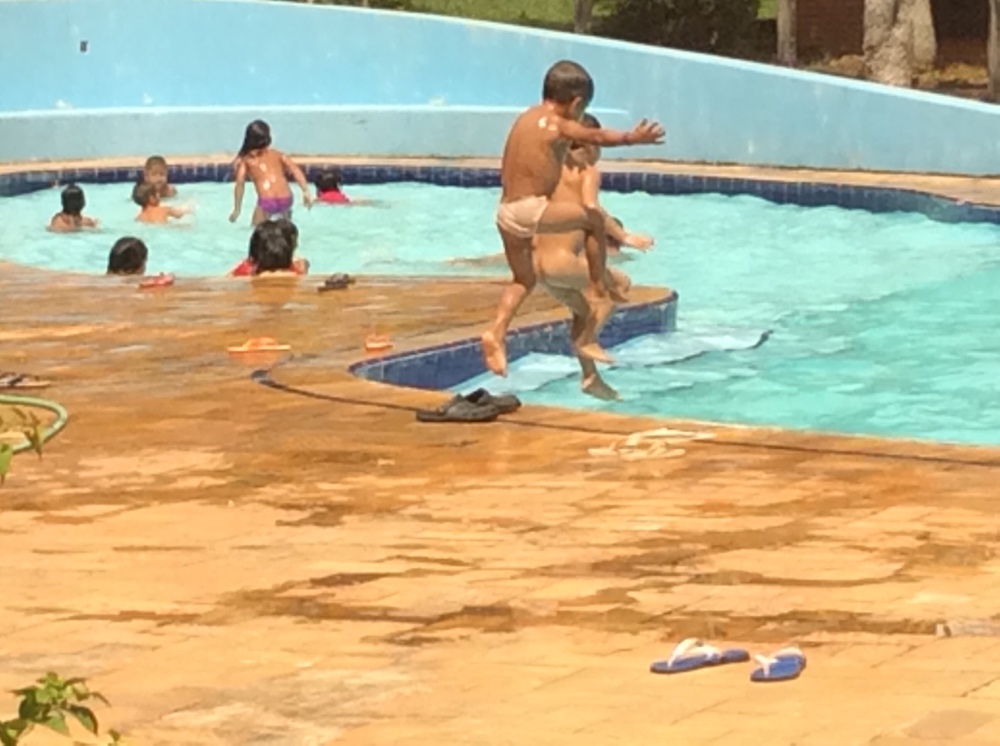