It has been a long day- up at 3 am, through the Pittsburgh TSA, breakfast, and in the air by 7:05 am.   Our connection in Miami went smoothly, and we made it to our gate for Port au Prince just as they were starting to board.  We were on that plane for over an hour before it took off, and we arrived in Haiti around 1:10 pm.   Immigration was a breeze – no lines, even though our plane was full of mission teams.  Dale’s bag was first out of the shoot onto the turnstyle, we thought, “Wow, this is fast!”  However, our second bag was the last bag out – after hundreds (it seemed) of others.  It took forever!

Finally made it out of the airport, loaded our bags in Esaiie’s big black truck, climbed up in the cab and the truck would not start!  Praying for it to start, soon about seven Haitian men were under the hood trying to see what the problem was.  The guys swapped a battery out of a bus thinking that was the problem, not, it was probably the starter.  So one man crawled under the truck and hot-wired it and it started!  Turns out there was some oil that had leaked on the starter.  Anyway, they swapped the battery back and we took off for the 3 1/2 hour ride up to Gonaives.  It’s hot here.

We were warmly welcomed at the mission compound by Natacha and boys and staff here.  I even got a kiss on the cheek from Frovenson, a young boy we got to know in past years.

After a delicious meal (we hadn’t had much to eat since breakfast) we found out the air conditioning in our room was not working and wouldn’t be fixed until Monday.  Esaie and Natacha were so kind to move our matress upstairs where there is a room with air.   Did I mention it’s hot here?  They told us we would never be able to sleep without the a.c.

We’re grateful to be here, thankful they have power,  thankful for the friends we have made here and looking forward to a good week of teacher training.

Keep Dale in your prayers, he will be preaching in the morning. 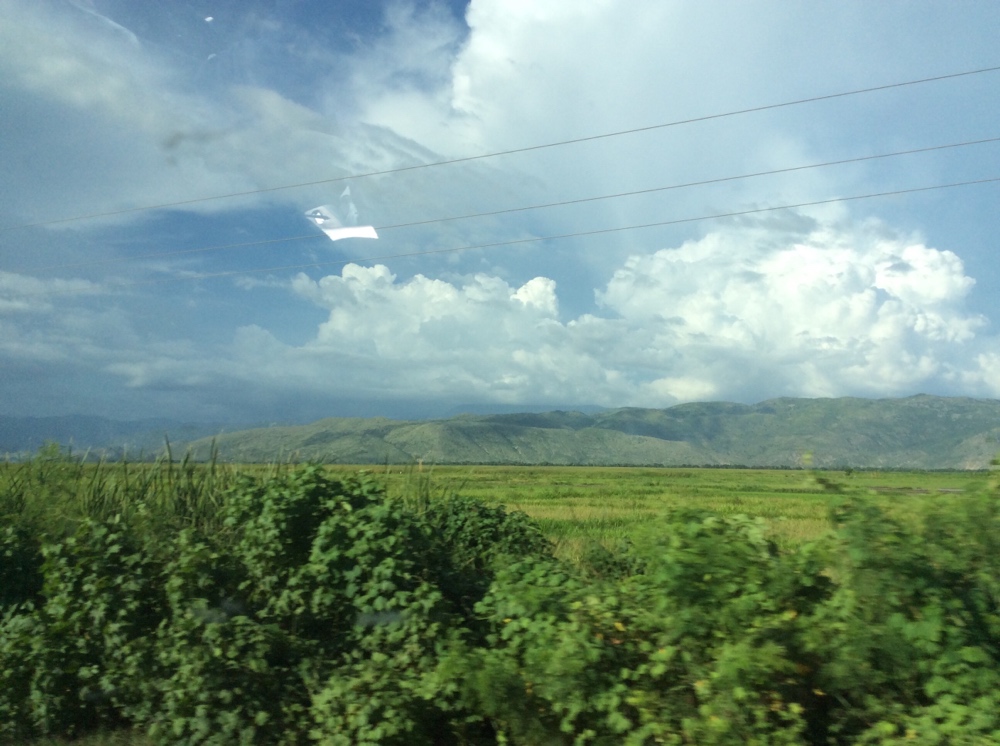