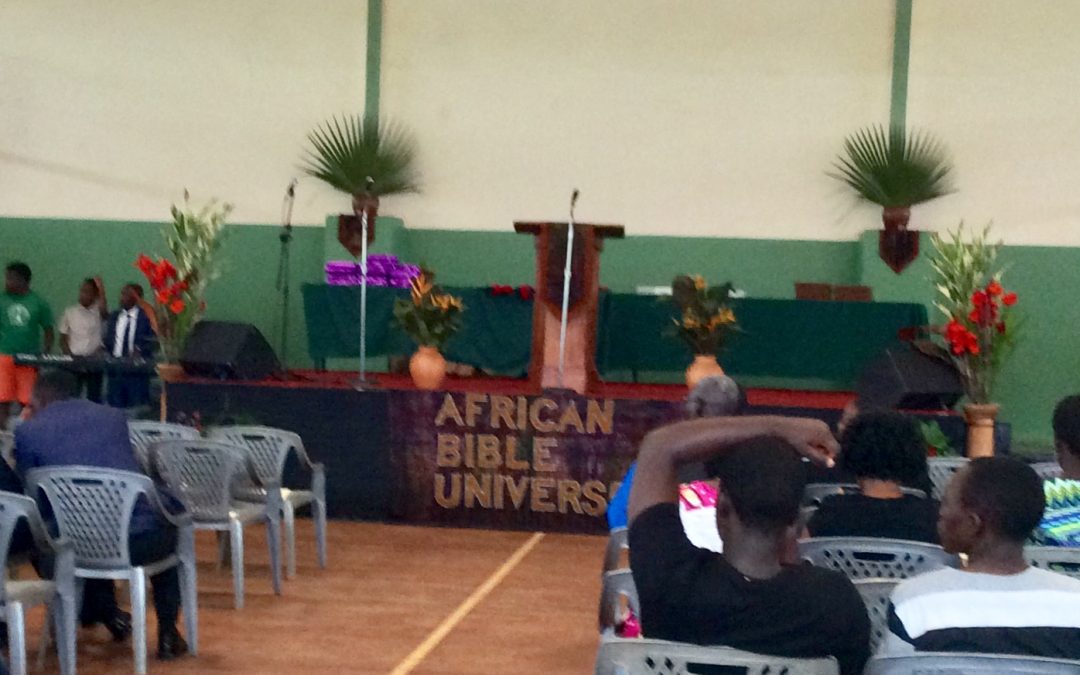 We are back in Kampala with the Williams. Since both of them are now on the teaching staff at ABU, they invited us to attend the graduation ceremonies today for 17 BA students.
U 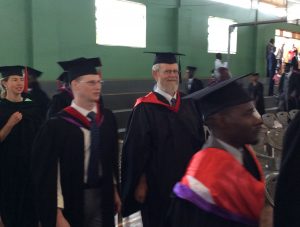 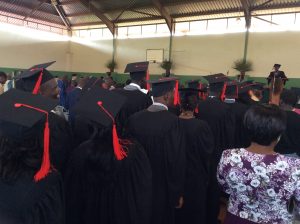 The ceremonies got underway promptly at 10:30 am. The large gymnasium building of the beautiful campus is where the graduation was held. They had 300+ chairs set up, and as the program began, only about a fourth of them were filled. By the time the diplomas were given out, which was two hours into the festivities, the auditorium was almost filled. 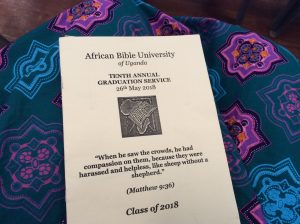 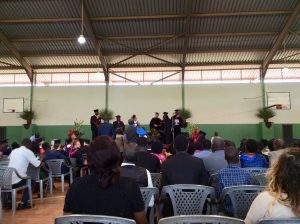 The theme was “Compassion” and every speaker used that as the main point of their message,  Along with singing three or four hymns throughout, there was a welcome address, a testimony, two special speakers, a homily and two choirs that sang. It was very interesting to hear the history of the ABU campus, which had been large dairy farm before the civil war in the 1980’s. After the war, that area became a very dangerous place to be, and now it is a beautiful campus where students are trained to be ambassadors for Christ in what ever profession they are called to go in to.

After the service was over and the graduates had recessed, they served us refreshments consisting of chocolate cake, a fried meat hand pie, and a bottle of soda.

Bert was invited to the graduation party for one of his students that came from Northern Uganda, so, we, being Bert’s guests, were asked to come also. The party was held in one of the classrooms and it was a joy for us to be included. There was a short program of introduction, some singing in the Ugandan way, and then Bert was asked to speak as the faculty representative, which he was not prepared for, but did a great job telling of what a special student Charles was. 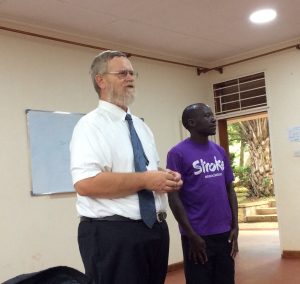 Then Charles gave a word of thanks, especially to his father (a poor farmer who raised the money to make sure his three sons were educated), and to all those who helped him through his four years of study. He also thanked his wife very appropriately. After that his seventy-three year old father got up to say a few words about his son and to thank Bert for being his professor, and also to thank us for being there to celebrate with them. 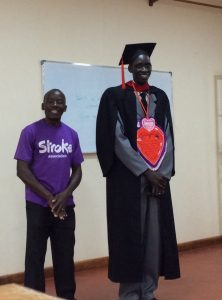 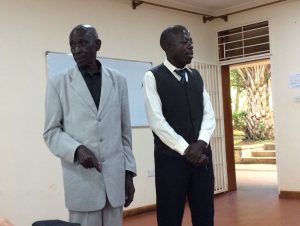 Finally, they fed us a big Ugandan meal. I have never had avocado juiced, but it was delicious! 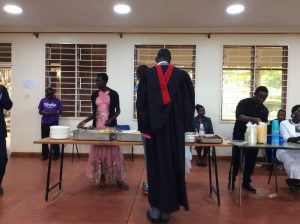 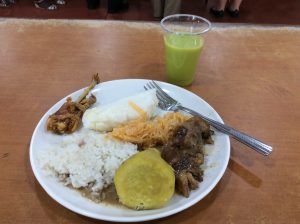 It is so very hard to put in to words what we have experienced today, to be included in a Ugandan celebration.  What a blessing to be able to witness the joys of these graduates, their smiles, and their families celebrating this milestone.