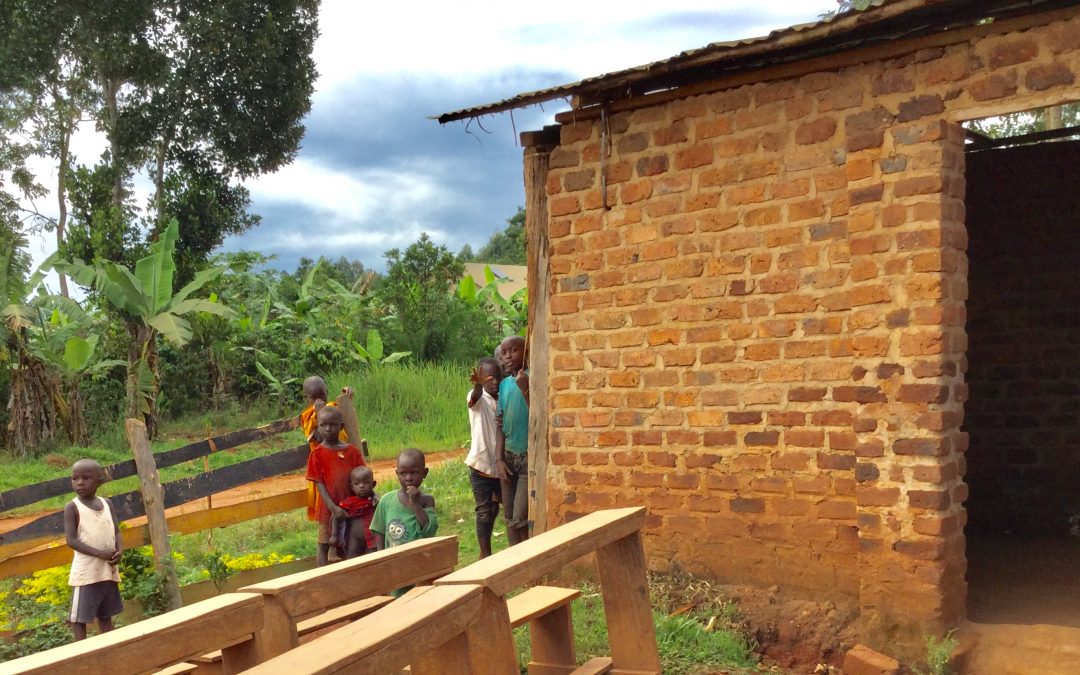 Yesterday (28th) morning Dale was the chapel speaker at ABU. He used as his text Psalm 1, and I’m told did well. I stayed home to do the necessary – laundry. The rest of the day was spent with Carla and Quentin in meeting as a team to discuss future plans with our P-TEC program, and enjoying a meal together with Bert and Nancy.

Today, (29th), Dale, Quentin and I headed to western Uganda with Nancy to a poor village outside of Gombe. We had been asked, by a woman named Christine and her village council, to come and do a Shepherding seminar for the parents in the village. Nancy has worked with Christine for a couple years, making the two-hour trip to the village occasionally to help her train teachers and mentor her.

Christine is a dear Christian woman with a passion for educating children. In this small village she has tried several times to have a school and the authorities have shut it down telling her that her facilities are inadequate. The last time they came, they told her they would arrest her if she opened the school again. It has been closed for two months. It is too far for the young children in the village to walk to the school in Gombe, so the children do not go to school and are not getting educated.

The trip to the village was through a part of Uganda we had not traveled before – a beautiful drive! We arrived around 10 a.m. when the seminar was to start and we were greeted by Christine. They had rented a small tent and chairs were all set up, but hardly anyone was there yet.

We were shown into one of the classrooms, a small 8’ x8’ room, for introductions and Christine gave us a little history of herself and her attempts to have a school. Pretty soon we heard singing and there was a group of about 10 people sitting under the tent. We joined them, sand a few more songs, we were introduced and Dale started teaching. Over the next three hours parents came, a few at a time, until there were about 50 people snuggly sitting under that tent, taking in what Dale was sharing about getting to the hearts (mutima) of our children.

Christine was Dale’s interpreter into the Luganda language, and she was amazing! I wish I could explain in words her energy, expressions, passion and enthusiasm. The parents also were hanging on every word. When Nancy asked how many of them had children enrolled in the school that was closed, at least 40 of them raised their hands.

At the end Quentin and Nancy gave the parents words of encouragement to not give up hope that they can have a school, and that God knows their situation and cares. Quentin led us in a prayer for them and the school situation.

Before we left, we were fed, back in the little classroom, a meal of rice, potatoes, beans, bananas and mangoes.